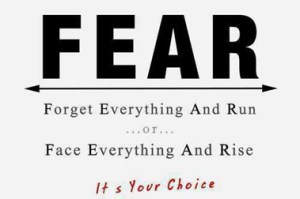 This past Labor Day weekend I attended GirlTrek’s annual #StressProtest in Estes Park, CO. GirlTrek is a national health movement that motivates thousands of Black women to be change makers in their lives and communities through walking (www.girltrek.org). Since joining Girltrek in 2017 I have been inspired to not only participate in area walks but to also organize walks as well. We encourage women to walk at least 30 minutes per day which can be done as a group or as a solo trekker. The Stress Protest is a way to unplug getaway and fellowship with other like-minded sisters and also challenge yourself to get outside of your comfort zone and learn and do something different. I was initially apprehensive and remained on the fence for a while because I have a fear of snakes. It wasn’t until I spoke with one of my colleagues about possibly going and I revealed to her my fear of snakes. She immediately said that the ground would likely be too cold for snakes so I “probably” wouldn’t see any.

Probably?! Not sure that was good enough, I thought. But when she went on to explain how beautiful the mountains are that time of the year and the deer, elk and moose that live there were a sight to see, I decided to give it a try.

For those who know me, they know that one of my mortal fears is the fear of snakes. The entire time I was preparing for this trip, in the forefront of my mind was;

When I think of my bucket list, hiking in the mountains was NEVER included as something I ever wanted to do because of my fear of snakes. I’m more of a beach baby, therefore my bucket list generally includes things like visit the beaches of Hawaii, Figi, Turks and Caicos, Jamaica, etc. but never to hike in the wilderness where snakes live. (ugh…)

Once my trip was book we received a schedule of offerings which we were free to do as much or as little as we wanted to. There was Trap Yoga, meditation, prayer, double dutch, self-defense, African dance classes and so much more to choose from but most of all there were multiple opportunities with various levels of difficulty to hike in the Rocky Mountains. This turned out to be one of the most amazing weekends of self-care and conquering of fears. Initially I said to myself that you can’t go all the way to Colorado and not see the beauty of nature. So I initially planned to just do a beginner walk which was a flat walk around a lake.

What did I have to prove?

I said to myself, I’m here in the mountains with an elevation of 8010 feet already at our lodge so why should I do anything more? I had been praying for guidance and strength to conquer my fears and quite frankly I was scared to death to even do the beginner walk.

After much thought and prayer I decided to raise the bar a bit and tackle the intermediate hike which was described as “3.5 miles round trip with steady incline and striking views of three glacial lakes.” WOW! Who could resist a hike such as this? The steady incline was a bit scary but I have been preparing for this all year and I was confident that I could do it. The day of my hike was chaotic, the group that took the intermediate hike the day before were really challenged and some couldn’t complete it. This caused my hike leader to challenge if I would be able to make it on this particular hike. At first I was upset that she picked me to confront and due to the negative vibe I felt, I chose not to go with the group. I was actually crying because of all the emotions and anxiety I had about doing the hike but yet was willing to press on and conquer. While I was standing there filled with anger and regret for letting someone get to me like that, another hike leader asked me if I wanted to do an intermediate hike later that day to Bible Point. She explained that there were no lakes up there but striking views and bible scriptures along the route and at the top there was a mailbox where you could write your prayer requests. Look at how God works. I immediately said yes and although still scared I might see a snake, I was looking forward to this hike. 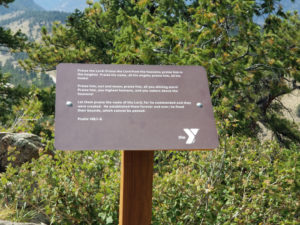 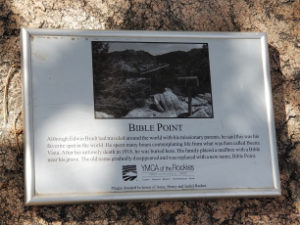 As we began our walk for what seemed like forever but was only the first half hour, I was out of breath and when I asked our hike leader how much farther she said we hadn’t started to climb yet and this was only the beginning. I felt bad that I was having such difficulty breathing at that altitude and decided to quit. I knew the way back and I didn’t want to hinder the others in my group from making it to the top. The amazing ladies in my group all told me NO, do not quit, they had my back. The encouraged me and lifted me up that I could not quit no matter how hard it was. They said we would take frequent breaks to drink our water and eat our snacks and no matter what we would do this together. We climbed up almost another 1000 feet to an elevation near 9000 feet. There were some steep drop offs and very rocky paths we had to travel. The views were amazing and best of all no snakes. It turns out the snakes can’t take the elevation so there are none up that high. Thank you Jesus, I said and I know He knew I would have fallen off that mountain if I saw a baby snake. LOL! 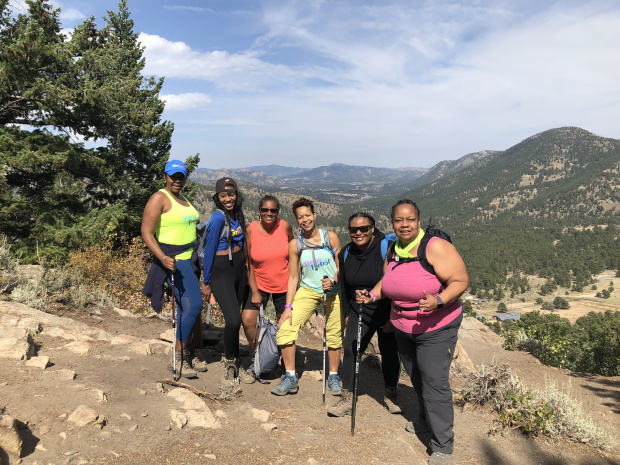 My biggest take a ways were:

And in the end “I can do all things through Christ who strengthens me”.

I hope this inspires someone to not only challenge yourself physically but mentally as well. I will definitely return to the Rocky Mountains again and again and hopefully my family will join me as well. 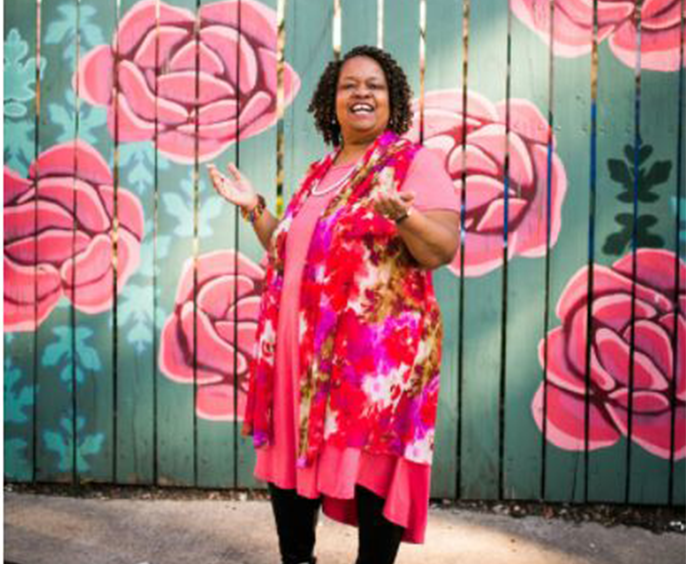 Rochelle Redding, M.S. is a wife, mother of four, and the owner and operator of Rochelle Redding Coaching and Consulting Services (RRCCS). RRCCS is a spiritually-based coaching service dedicated to helping women be their best selves and achieve wellness in all aspects of their life. Learn about life coaching services with Rochelle by clicking here. 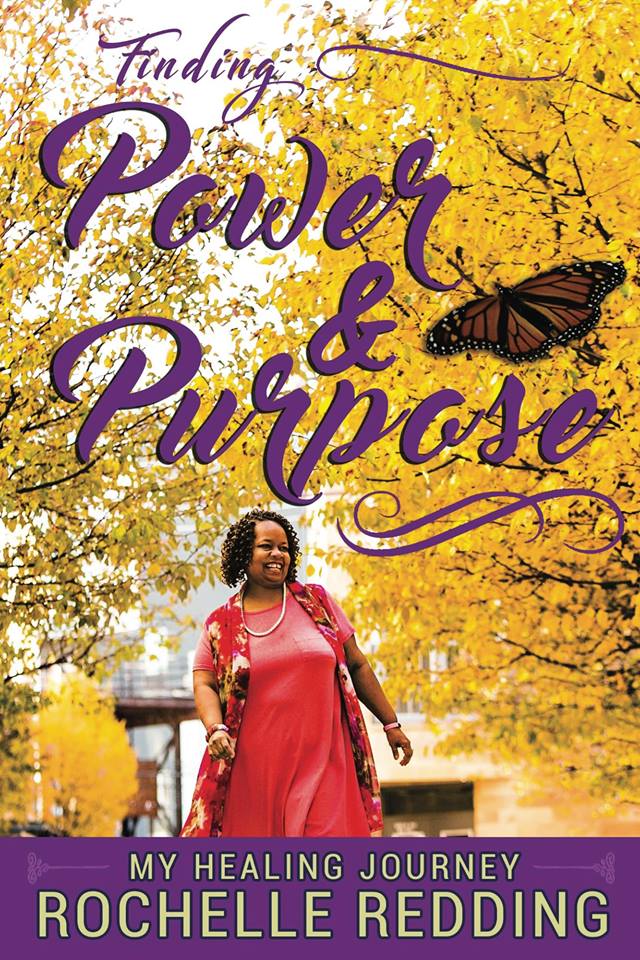 Finding Power and Purpose takes the reader on a dynamic journey from darkness, depression, and life-threatening health, to one of healing, self-love and alignment with God’s will.
Get It Now 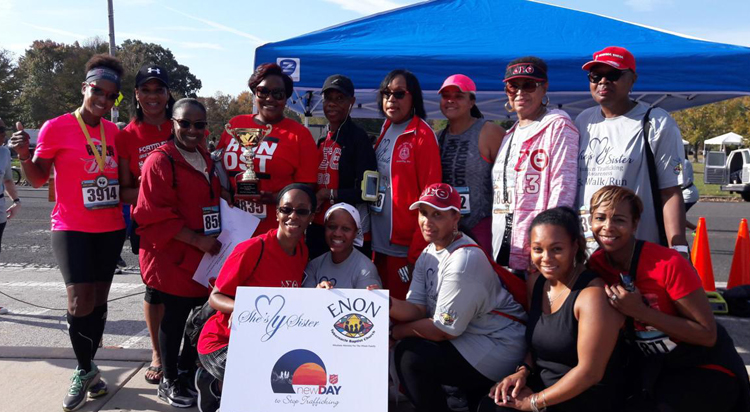 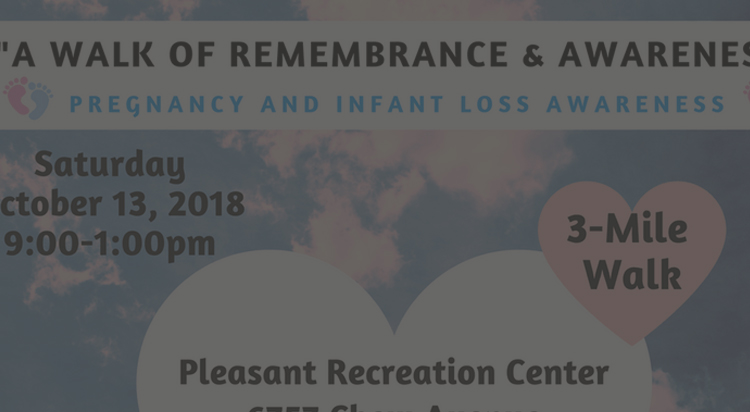 Failed, But Not a Failure!

END_OF_DOCUMENT_TOKEN_TO_BE_REPLACED

Each year in December we often set goals or New Year’s Resolutions and in...

END_OF_DOCUMENT_TOKEN_TO_BE_REPLACED

I’ve been traveling quite a bit over the past couple of weeks for work and...